With just a few days to go, the countdown is truly on to the Richmond Expo at Twickenham stadium on Friday 22nd May, where Figment Agency will be exhibiting for the first time with a host of other businesses and keynote speakers. 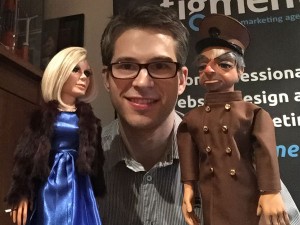 Thunderbirds is an amazing show because it simply has everything. Puppets, live action models, amazing stories, special effects and it works for both children and adults. It’s completely timeless and considering it was created in 1965, it was way ahead of its time.

LP – It’s great to see such a fabulous collection of Gerry Anderson memorabilia. Will we be going to the Richmond Expo?

SG – Great question Penny. I’ve explored the logistics of using Thunderbird 2 to get our computers and marketing collateral there but you won’t be able to go for insurance reasons and it’s a business show not a puppet exhibition. Both existing and new clients are welcome to have a tour of my collection over a coffee! 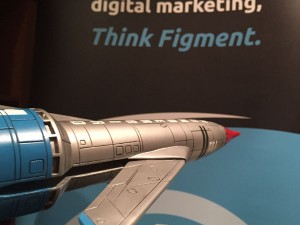 LP – Will Thunderbirds be the must-have toy this Christmas?


SG – It’s definitely going to be one of the big sellers and the merchandise isn’t out yet which means they are deliberately timing it to be big over the holiday season.

LP – How are you celebrating the 50th Anniversary of Thunderbirds?

SG – I’ll be going to Andercon in June. It’s an annual convention for shows by the late Gerry Anderson, who I had the fortune of meeting with my colleague a few years ago.

This year it’s going to be bigger than ever, with the voice cast of Scott, Alan, Virgil and Gordon and models galore.

LP – Yes, what do you think of the new CGI series, Thunderbirds Are Go?

SG – I’m really enjoying the new series on ITV actually. The first episode was a bit of an adjustment but I think they’ve done a great job with CGI and the little touches and live-action scenes have made it a really good watch. 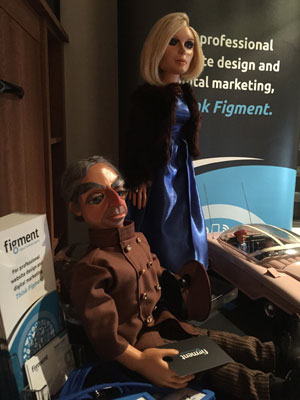 Parker takes a well-earned break and checks out the exclusive Richmond Expo offer.

I find it a bit short and some of the episodes lack the suspense that the first series had. They should also have televised it later in the day. Love the fact they have David Graham reprising his role as Parker.

LP – Do you have a favourite character?


SG – Without a shadow of a doubt, Parker M’Lady.

LP – How does Thunderbirds influence your web design work?

We also know the importance of teamwork and getting the job done efficiently.

LP – Besides Thunderbirds, what did you watch as a child? 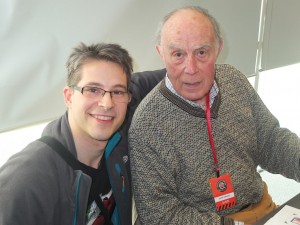 Yes, M’Lady. Steve Grant meets David Graham who reprises his role of Parker in the new ITV series Thunderbirds are Go after 50 years.

I would draw all my favourite characters of course!

LP – You’ve won many arts and design awards, why didn’t you become a cartoonist or artist?


SG – It was not a conscious decision – I started designing websites at 17 and took on my first paid commission at 18 and from then on I haven’t looked back. Mainly financial reasons; a lot of artists find it difficult to commercialise their work. 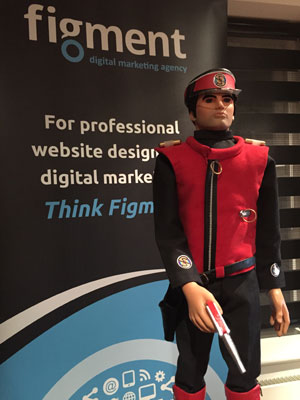 The indestructible Captain Scarlet on security duty for Figment Agency.

LP – Is it true that all web designers are a bit crazy?

SG – It’s probably unfair to generalise or stereotype, but certainly the ones I know are a bit off the wall.

For example, my colleague John has 100+ boxed Star Wars and Star Trek figures and has watched Empire Strikes Back more times than I’ve had hot dinners. Shows like this actually give us inspiration and help us think creatively.

LP – What is the most difficult thing about running a web design agency?

SG – Everything changes rapidly, so keeping up to date with trends.

It’s 10 years since my graduation in multimedia design and everything has completely evolved since then. There was no YouTube or iPhone for example and it was possible to rank on Google with a few keywords in the title tag. There are new digital marketing platforms launching all the time and what works for one business doesn’t always work for the rest, so it’s about being in tune with different techniques and remaining open-minded.

LP – Thunderbirds is set in the year 2065. How do you see digital marketing in the future?

SG – It’s difficult to predict that far ahead but funnily enough in the Gerry Anderson shows created in 1965, they had watches where you could communicate and see the person you were talking to.

Only now, 50 years on, are we getting the Apple Watch and the first release works for audio calls.

There won’t be desktop computers: things will be projected using wearable devices. We’re seeing the start of that trend now with projects like Google Glass. 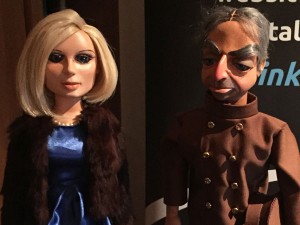 LP – Steve, it’s time to go now as we need to help Jeff with a mission to stop the Hood from stealing images from today’s blog post. Thank you very much for allowing us a look at your fine Expo stand.