During the past year, over 180,000 complaints were made about commercial nuisance calls and texts. The Information Commissioner’s Office (ICO) reported a 12 per cent rise in complaints about spam communications during 2014-2015, compared to the year before. Many of these are related to accident claims and payday loans.

Five fines relating to marketing calls and texts were issued totalling £386,000. Eight enforcement notices were handed out and monitoring of 31 companies was undertaken.

The default is now opt-out, rather than opt-in when obtaining permission to send marketing communications

Keeping up with the Law

This year saw a change in the law, making it easier for officials to fine companies in breach of the rules on nuisance calls and texts. The same rules – the Privacy and Electronic Communications Regulations – cover email marketing and this is something we have covered in a previous post. We also talked about how new data protection laws will be introduced later this year under EU Data Protection Reform so that the default will be opt-out, rather than opt-in. In other words, permission will be the name of the game.

Email marketing offers myriad benefits thanks to the ability to target just the right people with just the right content. So just how do you go about obtaining the permission you need to do it legally?

Get a System in Place

Aside from your opted-in recipients who have either signed up via your website or during a business transaction, you will come across opportunities to add others to your mailing list, for example when you meet people during networking events, at exhibitions or seminars. It may even be prospects who make enquiries in regard to your services. 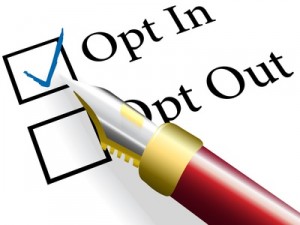 You can include sign-up links in a range of places.

Adding these contacts to your database and marking them as requiring a request for permission to send email marketing communications is a first step. The next step is to send a personal email to each individual, outlining how you’d like to keep in touch, stating the benefits of receiving your marketing communications and providing a link to past material so they can see for themselves what they may be agreeing to receive. The email should also include a sign-up link to make it easier for the recipient to opt-in. 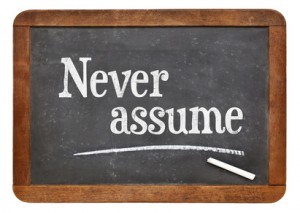 One thing you should never do is assume you have permission to contact people. Just because you include an unsubscribe link in your communications does not make it OK. Have you ever received an email and tried to unsubscribe on a mobile device? It’s not easy, and just proves to frustrate.

According to some reports, email recipients define spam as something they did not sign up for, or content that is not relevant to them. Having your communication marked as spam can have serious consequences when it comes to deliverability of future campaigns.

Is it not better to mail to a smaller list of people who genuinely want to receive your content, rather than an extensive list, some of whom you could end up infuriating? Staying within the law is essential, but just as important is maintaining a positive profile, and you’ll never do that unless you stick to communicating only with those whose permission you have obtained. After all, you wouldn’t want to be associated with an accident claim nuisance caller, would you?

For assistance in building a permission-based mailing list, and in designing and managing email campaigns, please get in touch.