Today 14th February 2016 marks the 10 year anniversary of the incorporation of our business in 2006. A whole decade of business!

It’s amazing to think that when we started out there were no smartphones, no tablets, and definitely no wearable technology and, as for remote working, it was pretty much unheard of. Friends Reunited was about the extent of our ‘social’ networks; we were just being introduced to getting around London with the ‘new’ Oyster card, and contactless payment was an innovation way off on the distant horizon. 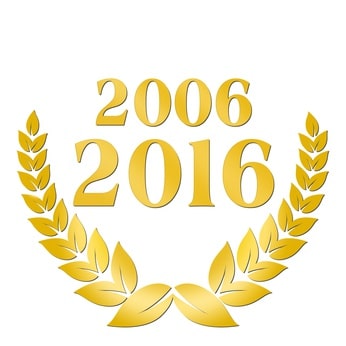 So much has changed in just 10 years – imagine a life without a smartphone, a tablet – or contactless payments!

How to stay buoyant in a fast paced, economically challenged environment?

So much has changed over the years, and so quickly. Which poses the question, how do you manage to stay buoyant as a technology related business, or any sort of business for that matter, whilst things are evolving so fast, and furthermore, during numerous downturns in the national economy?

It’s a good question, and I would say that the one key thing that keeps a business moving on successfully over several years, despite the state of the economy, is maintaining a commitment to providing an excellent level of service, focused on the client.

I say that if you commit to this, there’s every chance that you will be recommended by word of mouth, which is an extremely powerful form of advertising. It is certainly how our success has been built.

It’s also much easier to develop new business with existing clients, who will return time and time again, providing you look after their best interests. 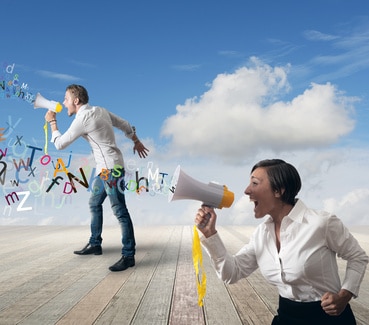 if you commit to providing an excellent level of service, focused on the client, there’s every chance that you will be recommended by word of mouth.

So that’s my view, but what do others think? I’ve been having a read around on the subject of long running businesses to see if I can work out what their secrets are, and my research has revealed some interesting insights.

Apparently, in Japan there are more than 20,000 companies that are over 100 years old, and some are more than 1,000 years old. 100 times older than us! These figures come courtesy of Tokyo Shoko Research and include a hotel that was founded in 705 and is thought to be the oldest commercial company in the world.

I wonder what is behind this amazing longevity? According to Professor Makoto Kanda, so I read, Japanese companies survive for such long periods because they are small, primarily family-run and because they focus on a central belief that is not only connected to making a profit. I like the sound of that.

I also read that each year, around 240,000 British businesses fail. According to the author of the article, surviving beyond the first two years is an ‘achievement’, celebrating 50 years is ‘remarkable’, but to be able to mark a 500th anniversary should call for great celebration. And this is just what one business in Dorset has achieved. 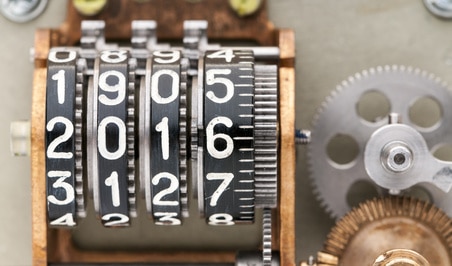 Surviving beyond the first two years in business is considered an ‘achievement’.

From the Industrial Revolution to the Advent of the Internet

RJ Balson & Sons is a butcher’s shop that has witnessed the English Civil War, the advent of the Industrial Revolution and the demise of horsepower, not to mention the introduction of the internet and numerous recessions. Awarded the official title of Britain’s oldest family company, the business is confident that it can win the war against the big guns, i.e. the supermarkets.

I really liked this quote from the owner: “The main thing is personal service. When you come in, you get a nice welcome, you say, ‘how’s your mum?’, ‘how’s your daughter?’ Most of the people who come in, we’ve served their parents before them, and their grandparents before that and they like to be asked. You’re not going to get that personal experience in a supermarket. Who wants to queue up for 20 minutes before you even get to the checkout?”

The article goes on to say there is an argument that family-run businesses are ‘intrinsically more successful than public companies’. Why? ‘Because the man behind the till (or wielding the carving knife) places a greater focus on handing on a legacy than making a quick buck.’ Sounds much the same as the Japanese value.

Mark Hastings, director of the Institute for Family Businesses, was quoted as saying: “They [family run businesses] are not bound by the terror of quarterly or yearly results. It is in their DNA to pass something better to the next generation. They look not just to their sons and daughters, but to the generation beyond.”

The How-To-Guide (as Promised) 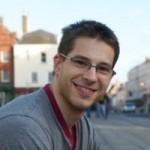 So as we pop the cork on our 10 year anniversary, and look forward to many more, if I had to summarise a brief how-to guide to business longevity, it would unquestionably include providing a personal, client-centric service, and following an approach that focuses on building relationships, rather than completing one-off, quick-profit-making transactions.

If you are celebrating a business anniversary this month, whether it’s a year, two years, five, ten or twenty – or more – congratulations, and all the best for a rewarding future.