Mobiles have overtaken laptops as the most popular device for accessing the internet, Ofcom research has revealed.

The 2015 Communications Market Report undertaken by the communications watchdog has found that 33 per cent of internet users consider the smartphone the most important device for online browsing, compared to 30 per cent who prefer their laptop.

These figures demonstrate a rise in mobile internet surfing since 2014, when only 22 per cent said they used their phone as their primary choice and 40 per cent went for the laptop. 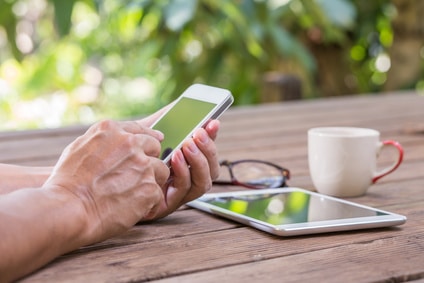 33 per cent of internet users consider the smartphone the most important device for online browsing.

Two thirds of people own a smartphone

The research also reveals that more than half of UK households own a tablet and that around 25 per cent of mobile users buy something using their phone or use it to locate a store. 66 per cent of people now own a smartphone and use it for almost two hours every day to browse the internet. This is a marked increase from 39 per cent in 2012. Ownership amongst 55-64 year olds has more than doubled during the same time period rising from 19 to 50 per cent, so it’s not just the younger generations that are moving to mobile.

4G behind the boost

Ofcom say the rise is down to a boost in take-up of 4G mobile broadband which delivers faster mobile internet speeds: during 2014, 4G subscriptions jumped significantly from 2.7 million to 23.6 million. Mobile operators are continuing to magnify their 4G networks and Ofcom rules will see 98 per cent of premises enjoying an indoor 4G signal from at least one operator by 2017. 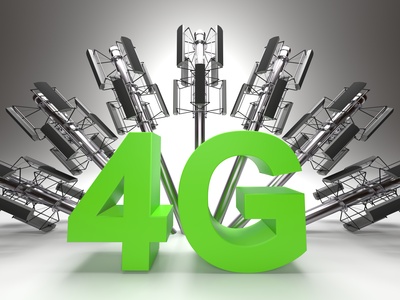 Ofcom: 4G has supercharged our smartphones

Ofcom has recently published a map allowing consumers to compare mobile operators’ mobile coverage throughout the UK. Check it out: zoom in on a particular location or search for your place name or postcode to see data on coverage for each mobile network.

Ofcom Chief Executive Sharon White said: “Today’s report shows just how important reliable, fast internet access is to millions of consumers and businesses. Improving the coverage and quality of all communications services across the UK is a priority for Ofcom, for people at work, home or on the move.”

Ofcom Director of Research James Thickett said: “4G has supercharged our smartphones, helping people do everything from the weekly shop to catching up with friends with a face-to-face video call. For the first time, smartphones have overtaken laptops as the UK’s most popular internet device and are now the hub of our daily lives.”

So, here we have even more evidence of how crucial it is for any business selling its products or services online to have a website that is mobile friendly. People are switching to mobile browsing in their droves, and it seems likely the figures are only going to keep on moving in this direction. 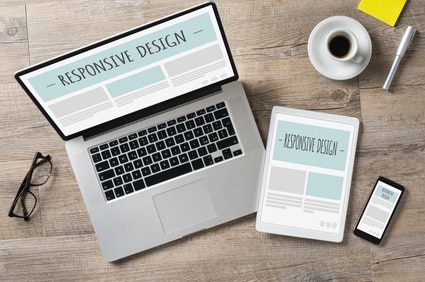 Figures still show people are using laptops AND PCs. So a website that works on all platforms is the astute choice. This is known as responsive web design.

It’s important to look at the research as a whole though: whilst it suggests increasing use of mobile to browse online, the figures still show people are using laptops and PCs. So a website that works on all platforms is the astute choice. This is known as responsive technology, and it’s the clear future of web design.