We are thrilled to announce that Figment has been awarded the title of Best Creative and Media Sector business 2015 at the prestigious Kingston Business Excellence Awards.

Developed and organised by Kingston Chamber of Commerce, the awards are held in partnership with the Royal Borough of Kingston upon Thames and Kingstonfirst with the aim of celebrating the outstanding talent and entrepreneurship that drives the borough’s prosperity. 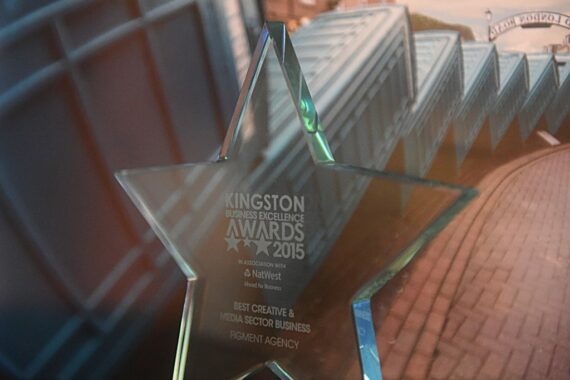 The awards were launched in April this year and culminated in a glittering gala ceremony on 15th October at the Holiday Inn Kingston South, attended by former government ministers Vince Cable and Ed Davey and presented by broadcaster and columnist Julia Hartley-Brewer.

We entered two categories and are not shy to admit that we set ourselves quite a big challenge in order to stand out amongst all that other entrants. There were lots of questionnaires to complete and if you were lucky enough to pass those stages, there was a face to face interview to contend with.

As we were going for a creative award, we thought it might assist our cause if we did something, well creative! Here’s what we came up with … 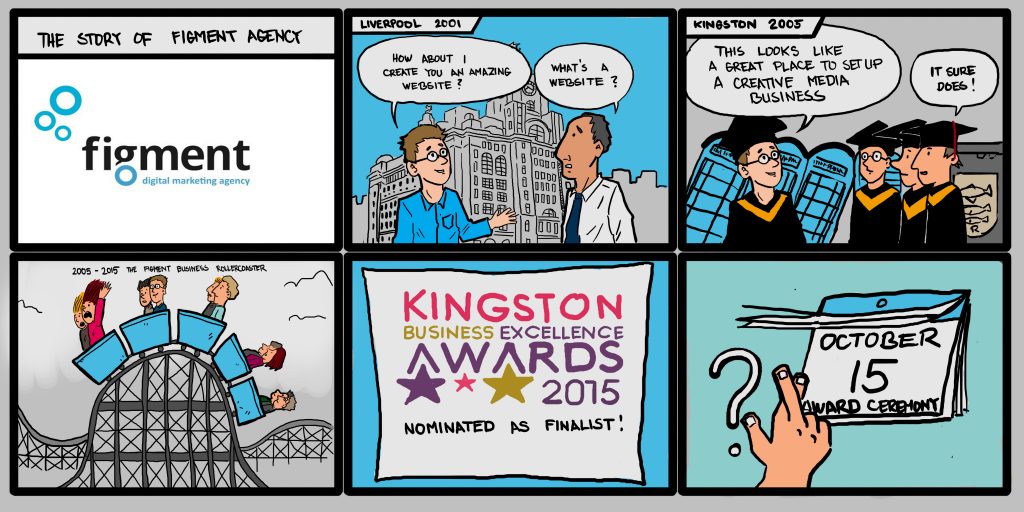 The category of Creative and Media Sector was sponsored by Kingston University. They were seeking out the most innovative, inspirational and interesting creative companies the borough had to offer.

It came down to a shortlist of just five in two categories and as the day of 15th October dawned, we have to say the nerves were in full force.

We were finalists in the Marketing and Social Media category, the results of which were announced half way through the evening. Out of five finalists we came third and were commended for our work in this area.

Tension followed as another five category awards were announced before we would learn our fate in the Creative and Media Sector final. It’s safe to say nails were bitten to the bone!

Then Ron Tuninga took to the stage. He is Pro Vice Chancellor of Enterprise and Dean of the faculty of Business and Law at Kingston University. He said, “The winner of this category is an entrepreneurial business with great creative and technical initiative. They have big plans for future expansion with excellent marketing and financial analysis.” 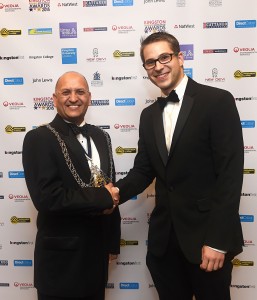 The Mayor of Kingston Upon Thames (2015-2016) Councillor Roy Arora (left) presenting me (right) with the award for Best Creative and Media Sector business 2015.

We were so thrilled to receive such an esteemed award. The journey from where we started back in 2001 has been an incredible one – and as the cartoon depicts – a real rollercoaster. If you consider that the likes of YouTube, Facebook and smartphones didn’t even exist back then, and that people weren’t aware of what a website was, it’s amazing to think how far things have come. I started the business with no start-up capital, just a vision and a big focus on personal service. This award is by far the highlight of our business story to date. 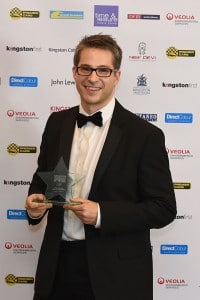 Me proudly sporting the award after the glittering ceremony.

I have to thank all our clients for their valued support and give a special mention to the amazing team of designers, developers, marketers and consultants who have supported me along the way. The award has given an instant boost to team spirit, it’s been fantastic for PR and has already fuelled our drive to achieve even greater things in the future. I also think it gives a nod of acknowledgement to the smaller business and would urge other businesses in the area to enter next year, whatever their size.