The Evolution of SEO from 1994 to Now

A couple of months back we explored the aim of Google and looked in detail at the array of updates that have taken place since the search engine’s inception in 1998, many of which had a direct effect on search engine optimisation or SEO strategies. But did you know SEO goes back even further than Google? It’s true! Join us as we launch our SEO time machine and take a whistle-stop tour though the evolution of SEO from 1994 to now. 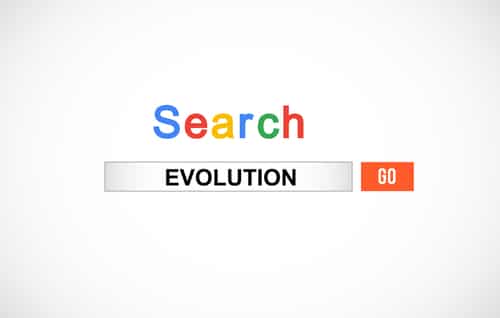 It’s hard to talk about search engine optimisation without instantly thinking of Google. But SEO actually started before Google’s birth.

The history of the search engine

It’s hard to talk about search engine optimisation without instantly thinking of Google. But SEO actually started before Google’s birth, because Google was by no means not the first search engine.

In 1991, Tim Berners-Lee launched the world’s first ever website. Over the years, a huge number of other websites emerged. As the internet became crowded, a need arose for a simple way for internet users to find the information they were seeking. And so was born the search engine, a way of cataloguing information and sorting results based on the keywords found within the content and other forms of optimisation.

The first ever search engine was known as Archie. It was very basic and had limited space, so only provided a list of sites available, but didn’t show the contents of those sites. Following Archie, there was a string of other basic search engines that didn’t really help internet users very much. It wasn’t until 1994 that things started to get a little easier in terms of finding what you wanted on the net.

WebCrawler was launched in the same year, but its huge popularity meant it couldn’t be used during the daytime. Lycos followed shortly afterwards, and was one of the first to start using more advanced search parameters, making search easier for internet users. LookSmart and Excite were not far behind in 1995, and in the same year AltaVista presented a breath of fresh air with its natural language queries, advanced search techniques, search tips and other user friendly features, as well as the ability for website owners to add or delete their own sites within 24 hours.

In 1996, BackRub came about. This was an engine that made use of backlinks for search, ranking pages by noting citations on other websites. So, any mention of a website on another site would be considered a ‘vote of confidence’. Website authority and reliability started to become important at this point and this was based on how many other sites linked in, and how trustworthy those sites were. BackRub was in fact the early inklings of Google.

When did SEO Begin?

SEO actually began before it was given the official title of search engine optimisation. It is widely considered that SEO techniques came about from around 1994 following the launch of Yahoo! and the way it simplified data indexing and presentation.

This was the time when keywords ruled, and keyword stuffing was the name of the game.

Who coined the phrase ‘SEO’?

Whilst ‘SEO’ was indeed practised in its early forms from as early as 1994, the field of marketing was not actually given its official label until 1997. So where did that come from?

The phrase SEO, according to Digital Entertainment author Bob Heyman, has musical origins dating back to 1997. So Mr Heyman says, we have the manager of rock band Jefferson Starship to thank for what came to be known as search engine optimisation. Put out by the fact that the band’s website was only showing up on page four of the main search engine of the time, the manager let loose at their web design agency, which in response decided that search engine ranking would become a new company priority.

So the agency came to realise, organic search results were governed by how many times the search keyword appeared on the web page. So off the designers went and had the words ‘Jefferson Starship’ repeated on the page over and over again in small black print on a black background. And guess what? The Jefferson Starship website skyrocketed to position one. 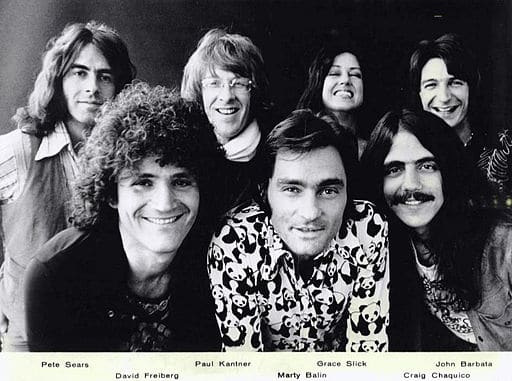 The evolution of SEO is said to be down to Jefferson Starship.

This new field of marketing was labelled ‘search engine optimisation’ and, aside from keyword stuffing, thanks to BackRub which was soon to become Google, there was also a great deal of spammy back-linking going on with a view to generating high search rankings. But Google was ready and waiting to change all of this, with its mission to bring internet users a far more valuable experience, and close to the results they really wanted.

In the early years of the new Millennium, there was a great deal of unethical search optimisation tactics going on. The trouble was, internet users were not benefiting from these tactics, and Google didn’t like this.

As we previously discussed, the aim of Google is to organise the world’s information and make it universally accessible and useful. But back then, this was not happening. So-called ‘black hat’ techniques were pushing websites to the top of the rankings, but those sites did not deliver the relevant quality information that users wanted.

Google took the lead in creating a more level playing field when it came to competing for search rankings. During this time, a large number of algorithm updates were implemented by the search engine such as Cassandra and Dominic which penalised spammy back linking, and Florida, which cracked down on keyword stuffing in content. Austin took this a step further by penalising meta tag stuffing and invisible text.

In the early years of the new millennium, there was a great deal of unethical search optimisation tactics going on. The trouble was, internet users were not benefiting from these tactics, and Google didn’t like this.

For the search engine marketer, this meant ensuring best practice in all aspects of SEO. Ensuring that website content was relevant, well-written and easy to read. Content writers started to ditch keyword stuffing in favour of semantically rich copy that was directly connected to delivering the information the user had set out to learn.

On-page SEO tactics began to change and were growing more towards today’s recommendations.

When Google started using search histories to deliver more personalised search results in 2005, internet users really did start to find that the results they were being presented with were more relevant than ever. And then in the same year, in came Google Maps, providing a seamless way to find both information and detailed directions to local businesses. Five years later, Google Places made it even easier to find local products and services. And then came the voice search revolution.

Search had now become personalised, and so much more convenient.

For the search engine marketer, all this meant a greater focus on content relevancy, ensuring that the intent of the user was captured by the resulting content. It also meant that local SEO was to become more important than ever for those businesses with a physical location or local audience because there was now a dedicated place for them to market themselves online. 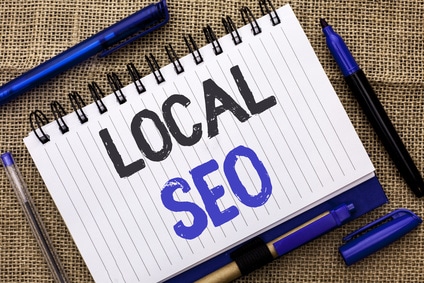 Local SEO became more important than ever for those businesses with a physical location or local audience, because there was now a dedicated place for them to market themselves online.

And of course, the voice search boom: a time to rethink SEO strategies around longer, more specific keyword phrases that are easy to say verbally and include semantic cues.

What does the future hold for SEO?

There is a lot of talks that the future of search engine optimisation will revolve around artificial intelligence (AI), and that search engine marketer will need to change their thinking somewhat to accommodate the shift. With Google’s RankBrain algorithm improving search results through machine learning, user intent and sematic search queries are more easily translated. Personalisation will be amplified with a greater prediction of results, again through AI.

Search engine optimisation has changed incredibly over the past 25 years, and it looks like the evolution is set to continue thanks to today’s technologies.

At Figment, we embrace SEO best practice and today’s leading-edge technologies to ensure the very best results for our clients. If you are looking for a future proof search engine optimisation strategy that will land you the increased sales you need to grow your business, why not talk to our specialist SEO team?