The End of an Era – Farewell Google+ – Will it Affect SEO?

As we prepare to wave goodbye to Google+ following the search engine’s discovery of a data breach, the question is, how should digital marketers and SEO pros deal with the news?

In just a few months, Google’s own social platform, Google+ will be shutting down. The reason behind the decision lies with the uncovering of a ‘massive’ data breach caused by a bug that affected almost half a million users. Whilst the bug was patched earlier this year, Google decided it was time to bring the platform to a close, declaring it as one of their least popular products.

Google+, launched in 2011, was originally intended as a social network platform with a view to rivalling the likes of Facebook and Twitter. But in that respect it didn’t really take off. Google itself said, “The consumer version of Google+ currently has low usage and engagement: 90 per cent of Google+ user sessions are less than five seconds.”

This would appear to mean that users are only accessing Google+ by accident, or that they just didn’t engage with the content they landed on. On the other hand, it appears that the platform does work well in an enterprise setting as a private environment for corporate teams to share ideas and content.

Google+ was for some time a popular platform on which to share content as part of an SEO strategy. It worked well to boost online authority. However, the fall in popularity of the platform meant that its SEO effectiveness really had started to dwindle.

The consumer version of Google+ will shut down within around ten months, so we are looking at a final farewell around late August 2019. So, what if you have been using the platform as part of your marketing or SEO strategy? What are the ramifications, and are there any viable alternatives? 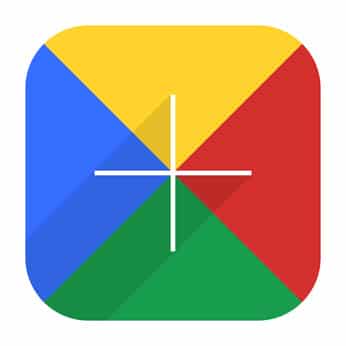 How should digital marketers and SEO pros deal with the news about Google+?

Does the Social Media and SEO Relationship Exist?

Whilst some experts will vehemently argue that social media is a complete waste of time as an SEO strategy, the fact is that a relationship between social media and SEO does exist, albeit not as clear cut as other strategies.

Social media can amplify the ranking factors that Google considers. This is because all the shares, mentions and likes add up to increased content visibility. The more shares you get, the more people will link to it. And we all know that links are a massively significant ranking factor for SEO.

Providing your social profiles are well optimised with consistency of messaging and a relevant link; that you post regular updates and that those updates are well crated with compelling content including head-turning headlines and eye-catching images, and that the content you are sharing is properly optimised for social sharing, you should realise a reasonable degree of success by using social as part of your SEO strategy.

Social media can amplify the ranking factors that Google considers.

What to do in place of Google+?

So, just because the sun is about to set on Google+, that doesn’t mean you should neglect social altogether. If you have been pouring lots of resources into Google+ thinking, like many have, that because it’s Google’s own network it must be doing some good, it is a good time to rebalance your efforts and to consider which of the other social networks might better suit your brand and audience profiles.

In addition, it could also be time to focus on other SEO strategies outside of social. There are numerous organic SEO, local SEO and content marketing tactics that could be helping you get the results you need to meet your business growth objectives.

There is actually a good lesson to be learnt from this major even in Google’s lifecycle: never put all your eggs in one basket. If you rely on a single platform as a core element of your digital marketing and SEO approach, and then it suddenly disappears, your entire strategy will be thrown into disarray.

In addition, it is important to keep an eye on changing trends. Did you know Google+ had dwindled so much in popularity for example? Keeping on top of what the web users of today are demanding is vital.

If you could use some professional assistance with your SEO strategy, talk to Figment.