Official Hoverboard is a designer of eco-green hoverboards, electric scooters and skateboards and is ranked as the UK’s official #1 official hoverboard retailer. On a mission to boost sales through its online store and outrank its search engine competition, it was time for a powerful ecommerce SEO strategy. And Figment had just the plan.

Getting on Track for Success.

Official Hoverboard has been championing excellence in customer service since its launch in 2014. Eager to capture a greater share of the growing hoverboard and electric scooter market, the company set out to grow its online sales reach. And that’s exactly what prompted them to ask Figment for help.

The Official Hoverboard store had been constructed on a Shopify ecommerce platform, and it wasn’t doing so well in terms of organic traffic. 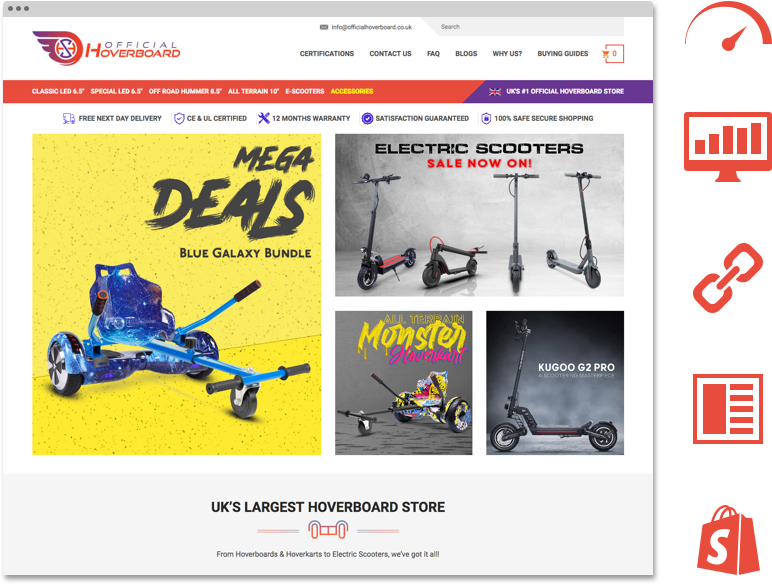 Looking at the site in detail, it became apparent that there were all sorts of technical glitches holding it back from ranking well in the search engines. And this lack of visibility was squeezing sales. Whilst Shopify can be an ecommerce powerhouse, it does have a habit of throwing up issues. Speed-draining background apps, duplicate content and disorganised structure all mar the user experience, and give a bad impression to search engines too.

So our tech experts got to work optimising the site for structure and speed, making sure it ticked all the boxes to delight both search engines and users alike.

SchemaPlus for Shopify was also added to help boost click-throughs from the search results. All this paved the way for our next strategy. We were ready to start boosting search engine rankings and getting this online store the traffic it deserved.

Whizzing up the Search Engines to Get Noticed Online.

A customised content strategy featuring regular topical blogs helped engage users, boost referral traffic and give the site a greater trust rating. And a back linking campaign boosted the authority of the site, making it more important in the eyes of Google.

All this created early success for the brand, with as many as 80 Page One Google rankings achieved in the first eight months of the campaign, 41 of them in the top three positions. Now Official Hoverboard could finally enjoy the visibility it needed for increased sales success. 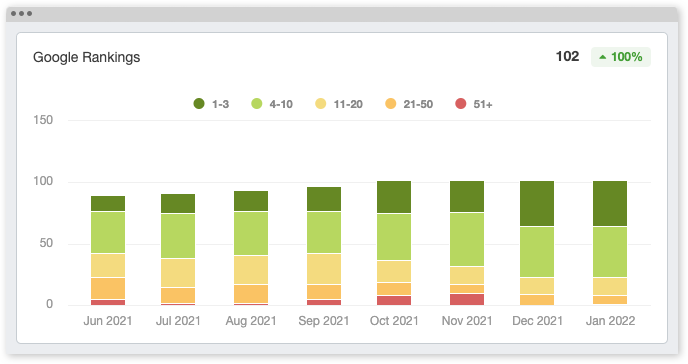 Not only was organic traffic up 36% month-on-month, Official Hoverboard was also enjoying a huge increase in goal completions, which meant more shoppers were either enquiring, or better still, buying. In fact, online store conversions were up by a whopping 82%, resulting in a healthy 1.99% conversion rate. 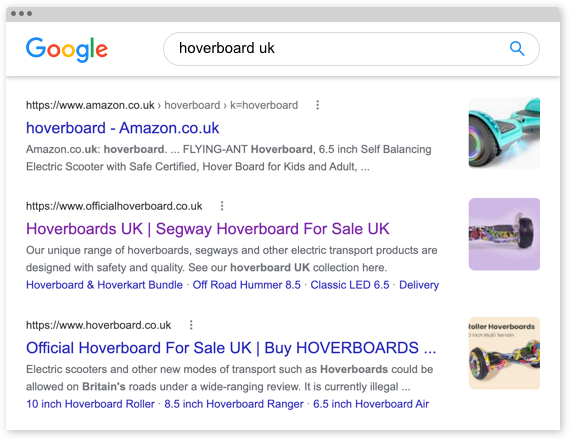 And it’s Take Off as Sales Figures Soar!

An 80% increase in marketing-driven sales. 36% more returning customers. Order values up 13%. And a 10% increase in total orders.

Now Official Hoverboard really was hitting the road to success, and gliding above some of the UK’s strongest competitors in the industry.

Been working with them for just over a year now and can see major improvement to my websites SEO – highly recommend. Very hands on approach and willing to answer anything I may have confusion about. Bottom line – My SEO rankings have increased drastically so I am a happy customer. Thanks Steve & Persia :)