Why the Aim of Google Should be Your Aim too

What is the aim of Google? And how could your business benefit from sharing the search engine giant’s aims? Read on as we delve into the history of Google and uncover the real reasons behind the many changes it has introduced over the years.

Search engines are pretty cool things. In fact, they are genius things. Through the science of complex algorithms, they take a search query and return results that are more often than not very accurate, delivering valuable information to help the world’s internet users in their quest to learn and discover. 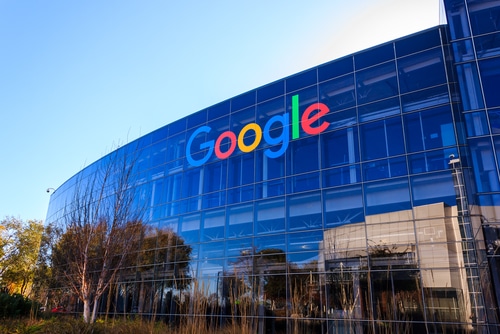 Established on 4th September 1998, it originally started life as an online search company.

Google was one of the world’s first ever search engines. Established on 4th September 1998, it originally started life as an online search company. Now it offers over 50 internet products and services, from software and email to cloud storage and productivity applications. At the heart of its success however the company’s search tool still reigns supreme, and it is all down to the huge amount of effort that has been put into delivering results that are highly relevant, engaging and valuable, via sources that are trustworthy and user friendly.

As of April 2019, Google controls 88.47 per cent of the world’s search engine market. Its mission and vision statements demonstrate that the organisation is dedicated to ensuring that everyone, everywhere, can access the information they need, when they need it.

Looking at the many algorithm updates released over the years, it is clear to see how Google has been perfecting its offering. In 2018 alone, there were a reported 3,234 updates, equating to around nine per day and over eight times the number of updates in 2009. 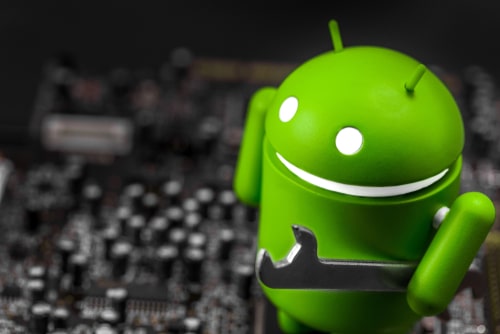 Looking at the many algorithm updates released over the years, it is clear to see how Google has been perfecting its offering.

A lot of changes are minor, but some of them – the ones that hit the headlines in the world of digital marketing – are highly significant. These are known as ‘core updates’ or ‘algorithm updates’. These are the ones that are so important they warrant being named, like the Core Medic Update of August 2018; the Mobile Speed Update of July 2018; the Mobile-First Index of March 2018; the Quality and ‘Mobilegeddon’ updates of 2015 and the various Panda and Penguin updates.

It has always been incredibly important for anyone in the business of promoting a business online to keep up with Google’s major updates, because they have the power to considerably affect search results.

Major updates will often send ripples of panic throughout the world of search engine optimisation. But when you look at it from a user perspective, and think about how much Google has over the past 20 years improved the results it delivers to your fingertips, then you can better understand the reasoning behind the changes.

So what has changed over the years in terms of Google’s search function since its launch in 1998? Precisely how have things improved for the search engine’s users who now submit a whopping 63,000 searches per second? Let’s take a look at some of the most important transformations over the past few years. 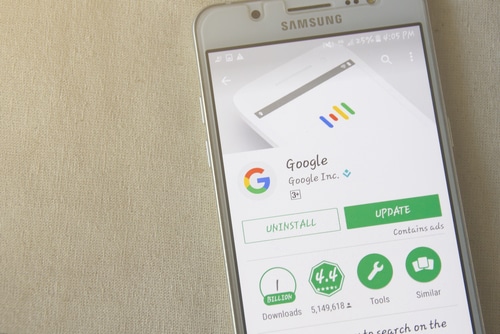 It has always been incredibly important for anyone in the business of promoting a business online to keep up with Google’s major updates, because they have the power to considerably affect search results.

In 2000, just two years after Google was launched, the search engine introduced a free browser plugin. This allowed users to perform searches without loading up the Google website, making the whole process that much easier.

The first ever update to be announced by Google came in 2003. Named after the place where it was publicly introduced, it involved a range of algorithm changes and major index refreshes. It was major news at the time because no one had ever seen such widespread change in their search rankings. Now though Google performs updates like this every week.

Also rolled out in 2003, both these updates were focused around backlinks. In brief, Google was aiming to improve the quality of search results by checking the reputation and age of sites that were linking back to a particular website. Older, more reputable backlinks to a website would give that website a higher ranking because Google felt that its users could better trust it.

Another one in 2003, and it was a big one. The aim of Florida was to crack down on spammy SEO tactics such as keyword stuffing. Results stuffed full of keywords were of no value to users, and the search engine was on the case issuing penalties to perpetrators.

In 2004, Google decided to take its mission to target websites using keyword stuffing a step further by penalising those using meta tag stuffing and invisible text. Again these websites were of absolutely no value to users who landed on them only to discover totally irrelevant content. This was also where page relevance became important.

Brandy brought in a few changes in 2004, the most notable being Latent Semantic Indexing (LSI) which meant that Google now understood related keywords. As we uncovered in our recent post on the subject, LSI, or semantically related keywords, are important from a user perspective because they show them that the content is relevant, plus content with related keywords is so much more readable and natural sounding. This was an early example of Google making sure that users were provided with relevant, quality results.

In 2005, Google started making use of search histories to deliver personalised results. The search engine was refining results based on search habits. Whilst alarming to some users at the time, looking at it now it’s easy to see the advantages. Again, relevancy was reigning.

Also in 2005, users were treated to a new and seamless way to find both information and detailed directions to local businesses thanks to the merger of its Local and Maps data.

When Google started integrating news, images, video, Local and other aspects of its growing offering into traditional search results in 2007, this marked the end of the standard #1-10 search engine ranking page for a lot of search queries. Previously users would need to refine their search into images, video, maps, news, finance, etc.

But from this point on, the best ranking results for any of those features would start to appear in the main results, making it so much easier for users to find relevant results that were precisely what they were looking for, regardless of the nature of the content.

In 2008, the face of search changed when Google started suggesting search queries as users typed into the search box. Ah yes! That’s what I’m looking for suddenly became the norm.

In 2009, real-time search allowed results pages to automatically update with at-the-time information coming from the likes of Google News articles, social feeds like Twitter, and newly introduced pages. For users, this brought search results bang up to date, especially useful for anyone looking for what was happening NOW.

Google Places was launched in 2010, bringing Places pages into local search results rather than only appearing in Google Maps searches. Local advertising options were also introduced at this time. All making it so much easier for users to find products and services in their local areas.

When the May Day update came into force in 2010, websites made up of ‘thin content’, in other words, low-value content that may have been automatically generated, duplicated from elsewhere or keyword-stuffed ‘doorway’ pages, were penalised. The aim of this update was to bring higher quality websites to the top of the rankings for long tail queries. In other words, for more specific searches.

In 2010 Google Instant made search even faster than it had ever been. As users typed their queries, so search results were displayed and changed the more they entered. Search was becoming quicker and easier than ever before.

Websites that published original content were favoured in this 2011 Google update against those that copied content from other sites. Users were being taken to the websites that were the original publishers, getting their information straight from the horse’s mouth. All part of the aim of Google.

This 2011 update was a significant one and the start of a long series of Panda updates. Google was out to get content farms; websites with high ad-to-content ratios; sites with thin content and others with poor quality issues. Websites with high quality content zoomed up the rankings, whilst the opposite effect was shouldered by those that did not offer value to users. This was where quality content became of considerable importance. Users were starting to get more of what they needed and less of what they quite simply weren’t looking for.

Since 2011, Google has been showing links to up to 12 internal pages within a website alongside the main search result. This was intended to help direct users to precisely where they wanted to go.

This is where geographic location started to become important. From 2012, different users would experience different results based on where they had their location set to. As a result, websites needed to start focusing strongly on location-based keywords. The benefit to users, again part of Google’s core aims, was to deliver wholly relevant results.

One of the biggest Google updates in history, Penguin was rolled out in 2012 with the objective of penalising websites that employed ‘black hat’ SEO techniques and instead delivering results with the very best user experience. The big message for SEO professionals was to ‘focus on creating high quality sites that create a good user experience instead of engaging in aggressive webspam tactics’. Because high quality results are one of Google’s main aims.

In 2012, Google introduced the Knowledge Graph which provided extra information for certain search queries, such as a Wikipedia page excerpt. Users could now jump to related information without having to wade through search results.

More instant information came in 2013 courtesy of in-depth articles appearing in a sidebar for a number of queries. Articles were ranked based on depth and quality. The aim here for Google was to help users with a desire to learn more about broad topics rather than finding an answer to a quick question.

In 2014, Google added its ‘In The News’ box to search results and in doing so widened its news sources. These results were specifically from media sources, helpful to users looking for breaking news.

In 2015, Google started using RankBrain to interpret searches using artificial intelligence. This is a technology that takes search beyond what users have actually typed in as a search query. It refines queries, especially long tail queries, translating them to help the user find the best pages for their needs.

Featured snippets are a summary of an answer to a question. They are an extract from a web page including the summary answer to the question, sometimes an image and then the link to where the answer came from. With Google aiming to deliver fast, relevant results to users in one click, this is perhaps one of the search engine’s most far-reaching updates. One that many website owners are striving to conquer, and for good reason.

Why should the aim of Google be YOUR aim too?

As a business with an online presence, aiming to make your content accessible and useful, and readily available, is an approach that will stand you in good stead. Many of the Google updates over the years have been focused on championing honest, quality, trustworthy content. All of which goes towards the search engine’s core aims. So, if you can publish honest, quality, trustworthy content, then you stand the best chance possible of broadening your online audience and boosting your visibility. And boosted visibility leads to increased sales.

If you could use some help in focusing your online marketing towards what Google believes is beneficial to internet users, why not talk to Figment? We’ve been managing SEO strategies for local businesses in Surrey and London for many years and have achieved exceptional results.